On Thursday I went to a meeting organised by Norman Perrin of Paces Sheffield (UK) for people interested in the future of Conductive Education and what could be done working together.
Centre managers, conductors and Conductive Education press were represented, contributing to a discussion about how it might be possible to work together, present a stronger louder voice to obtain funding, influence government policy –  and just keep going!
Another meeting is planned for early in the new year. It will be interesting to see how things develop.
If you are interested in learning more and joining the group, please contact rayhohn@gmail.com or normanperrin@pacessheffield.org.uk 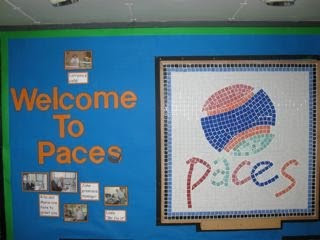 After visiting the Conductive Education Centre in the new Forest, I received an invitation to visit Paces in Sheffield, Yorkshire. I have now been and had a very interesting and informative day out. I must admit to not looking forward to the drive up the M1 motorway, but the day was sunny and the traffic reasonably light.Paces campus is set in the countryside north of Sheffield in a 5 acre site. It was originally a comprehensive school which had closed and Sheffield Council invited Norman Perrin and Karen Hague, to look at the site in 1996. Norman and Karen are parents of children (now young adults) with cerebral palsy who had been to the Peto Institute in Hungary and wanted to set up Conductive Education services near their home. It was offered to them at a very small rent. They took it on a short lease of three months which was extended and lasted 12 years. In January 2009 they were granted a 40 year lease.
http://www.looklocal.org.uk/detail.php?id=1241Most centres offering Conductive Education deal with that exclusively or offer other therapies too, but Paces is very different. It was decided that the site would not just be a home for Conductive Education services but be community led, the services would be a part of something else. The partnership with others meant the site would be managed jointly and it was hoped the different groups would grow and interlink. Paces campus, as it is known, is now an inclusive community and business hub which specialises in business development, children, disabilities, sports and art and is used by a variety of groups.

Now the site is managed by the High Green Development Trust. All 14 groups using the buildings are members of this and involved in the management, development and promotion of the site. The lease is held by the Trust which can issue licences to use the building and charge the rents that are used to pay for the management of it. Membership organisations are broadly charitable but private companies are not excluded by the terms of the lease.

In 1997 Sheffield Council paid for four children to attend and this has developed into Paces High Green School for Conductive Education led by Gabor Fellner. Services for 0-18yrs and beyond are offered and include the following programmes during school term dates:

A young adults group which has sessions throughout the year, so this was the only group in action the day I visited as it is now the summer holiday for schools in the UK. On Wednesday the four participants had prepared and eaten their lunch with their conductor, Emma, and were happy to welcome visitors into their group.

There are 5 permanent conductors who work with the children and they organise the academic curriculum according to the National Curriculum, modified where necessary based on needs. Norman and Karen are still active in the running of the centre.

There are plans to extend the services and facilities of the site which have had to be put on hold due to the current financial climate, but hopefully that will change soon and they will be able to extend the size of the site and carry forward their plan to build living accomodation nearby.

A lot of Conductive Education centres have been set up by parents all over the world but not many have managed to survive and thrive due to financial and legal problems, visa difficulties, uncooperative local government etc. Paces is a wonderful example of one that has managed to overcome all these and build a firm foundation for Conductive Education services in the Sheffield area whilst establishing a centre involving and encouraging use by its local community .

Congratulations to all concerned.

A twin-screw propeller steamboat was patented by John Stevens.